How To Incorporate Yoga in Your Daily Routine in Vacaville

What Is Aerial Yoga? A Vacaville Yogi Explains 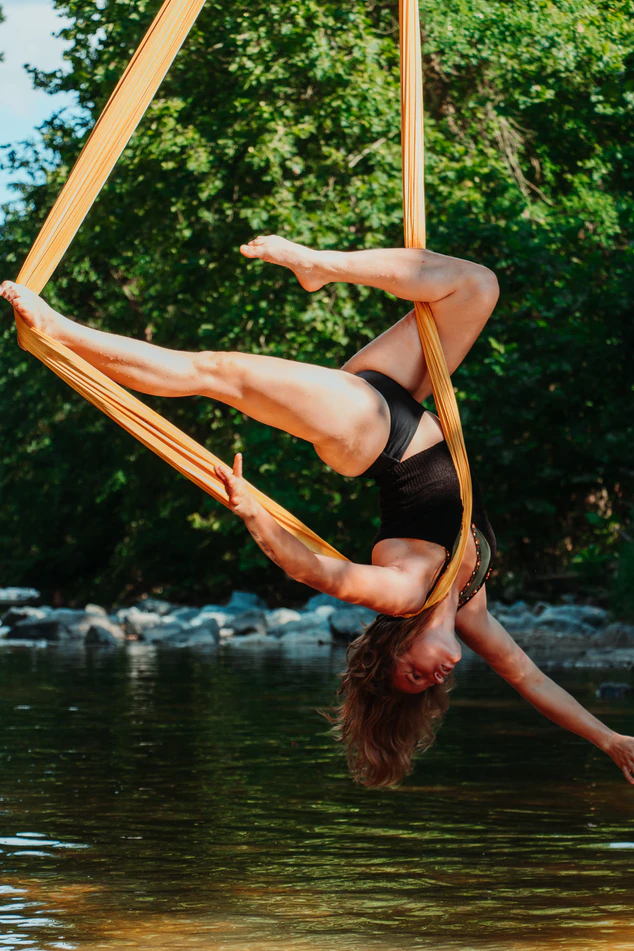 Aerial yoga shares numerous similarities with traditional yoga. However, there are a few big differences to it and this style of yoga has its own benefits as well.  Before you go try out yoga in Vacaville, CA at the YogaCoreFit studio, it’s a good idea to have at least a basic understanding of what it’s all about.

What is aerial yoga?

Aerial yoga is also known by the name anti-gravity yoga. When you’re in an aerial yoga class, you’ll be in a silk hammock that supports your body weight so that you’re suspended in mid-air, allowing you to do many of the same poses as in mat yoga, but without the obstacle of gravity. This style can be adapted for both beginners and more experienced practitioners.

The first known yogi to use ropes and suspension to achieve more difficult inversions was B. K. S. Iyengar in the 1990s, but aerial yoga did not catch on as its own discipline until the early 2000s. It was then that a group of fitness teachers got together to combine anti-gravity principles, fitness, yoga, dance, and acrobatics to help their students to achieve a higher level of flexibility and a greater variety of poses. Broadway dancer and gymnast yoga teacher Michelle Dortinac, Cirque du Soleil artist Carmen Curtis, and aerial dancer Rebekah Leach used their experiences from their individual disciplines to build and influence the early days of aerial yoga development and propel it to its current level of popularity. Since then, it’s grown to become popular in countries across the world where there are trainings to receive a license to teach anti-gravity yoga. Flying yoga has developed from this specialty as well and typically is done with the use of a simple belt instead of a hammock to help students get into the various yoga postures.

Aerial yoga incorporates all of the principles of mat yoga and therefore provides the same benefits, but there are added advantages of using the hammocks and anti-gravity principles of flying yoga and aerial yoga.

It can be intimidating the first time you take an anti-gravity yoga class but it is well worthwhile. Trust in us at the YogaCoreFit studio to help you feel more comfortable with aerial yoga in Vacaville, CA. Try a class today!

Permanent link to this article: https://yogacorefit.com/what-is-aerial-yoga/

We are open 30 minutes before and after each class